Here’s a short video from Homeland by Michael O’Hara which I directed for Birmingham REP, featuring students from City of Wolverhampton College:

The dust has just about settled on 2014’s Young REP Festival, which has just finished in the Door at Birmingham REP. Since September I’ve been working with four different Young REP companies on a plethora of different shows. With the youngest group (aged 8-10), I’ve directed an abridged version of Julius Caesar. I’ve directed The Caucasian Chalk Circle, also in a slightly abridged version, with a group of 11-14 year olds. And I collaborated with the playwright Eve Leigh to make Enough, a kind of interactive variety show about the environmental apocalypse, with a group of older teenagers.

I’ve also been working with a couple of the REP’s partner schools – Shenley Academy and Birmingham Ormiston Academy. Shenley devised a show called I’m A Schoolkid, Get Me Out Of Here which performed on the opening night of the Young REP Festival. And with BOA students in years 12 and 13 I was lucky enough to do one of my favourite ever plays, Martin Crimp’s Attempts On Her Life.

It’s been an exhausting and exhilarating few months and there’s still more to come! I’m currently working with BOA students on a production of The Tempest, devising an interactive street-theatre piece called The Engineers’ Lunch with the Young REP’s 18-25 company, planning summer schools and delivering workshops. Bring it on!

A Conversation on Kindertransport

END_OF_DOCUMENT_TOKEN_TO_BE_REPLACED

The Situation Room, which I created with Oscar Mike last year, is coming back to Shoreditch Town Hall this April. While originally we rehearsed it with the full Oscar Mike creative team – of me, James Blakey and Hannah Sibai – I’m in charge of directing the revived, revamped version.

There’s something strange – and surprisingly scary – about coming back to a show you’ve worked on before. I’d have thought it would be simple. Last year’s tour is close enough that the actors remember the staging (certainly better than I do) and, much more importantly, the  ideas behind the decisions that we made are still fresh in all of our minds. We remember what we did, we know why we did it, and we’re all very excited about coming back to it. It should be straightforward, right?

But the joy of the situation is that we have the chance to play again. Because we’ve got a couple of weeks the process is more than straightforwardly revisiting what we did before. There’s time to experiment with new ideas, some of which feel pretty strange but also very exciting.

It’s a bit weird directing without James and Hannah , but the good news is that we’ve got two new people in the rehearsal room. Shelby, our movement director, is full of energy and invention, while our stage manager Claire is making sure that everything runs smoothly and that we actually do what we came here to do. Claire also made cake for the first day of rehearsals, which already has pretty much vanished.

There’s still a lot of Foursquare and faffing about (mostly from me) but I’m starting to get a sense of how this new, updated version of The Situation Room is going to look. It’ll be more physical, more competitive, and hopefully also more balanced as we iron out some of the ambiguities in the way the game side works. It’ll also be visually even better as our lighting designer Ivan has a chance to play with the basement space. I hadn’t really realised how much I missed this show and it’s brilliant to be working on it again. Hopefully this time we’ll have an even better show – with even more possibilities for interaction, striking theatrical moments and multilinear storytelling. One of the things we always felt would be unusual about Oscar Mike is that our shows are never finished – we’ll always be trying to develop them, exploring new ideas and strange new approaches. I can’t wait to put this new version of The Situation Room in front of an audience.

In January I’m off to Leeds to assist on Aletta Collins’ production of Dido and Aeneas and La Voix Humaine. It’s a really exciting project, bringing together an opera from 1689 with another from 1959. Here’s what Opera North’s website says about the show… 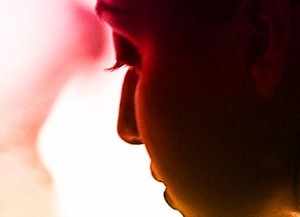 Dido and Aeneas, by Henry Purcell

Aeneas, a Trojan prince who has escaped the devastation of his city at the hands of the Greeks, lands in Carthage where Dido is queen.  She falls deeply in love with him, but evil forces are at work, bent on her destruction.  Aeneas is tricked into abandoning her, and overwhelmed with grief, she dies.

Purcell takes a universal epic and makes of it an intimate human drama, packing a magnificently rich variety of music into the work’s hour-long duration, much of it composed expressly to be danced.  This concise masterpiece stood unchallenged as the finest English opera for more than three centuries and there is still no more powerfully moving expression of noble resignation in the face of death than Dido’s great lament ‘When I am laid in earth’. 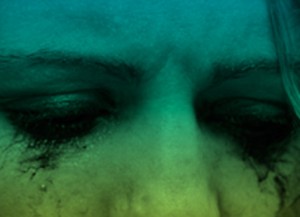 Lesley Garrett makes her return to the operatic stage in a work of rare originality and stark emotional honesty.

A woman is sprawled alone on her bed. ‘It looks like the scene of a murder’ said Jean Cocteau, who wrote the play on which Poulenc’s opera is based.  But the woman isn’t dead.  She gets up and makes to leave, when the phone rings. It is her ex-lover. During the next 40 minutes we hear one side of an increasingly desperate conversation in which the woman tries anything to win him back.  But it’s no use – she can’t get through to him. He hangs up, and she’s left whispering ‘Je t’aime’ to nobody.

La voix humaine is short in length, but not on emotional impact. Through the lone voice of the woman, Poulenc expresses all the pain and fear of rejection in the rawest fashion, whilst enveloping her voice in music of caressing warmth and sensuality.

Aletta Collins returns to Opera North to direct this one woman show, which will showcase Lesley Garrett’s talent in this heartbreaking portrayal of a relationship’s breakdown.

The Influence of Ibsen

Here’s some thoughts I put down for the programme for Little Eyolf at Birmingham University – just putting them up here in case they’re useful to someone! 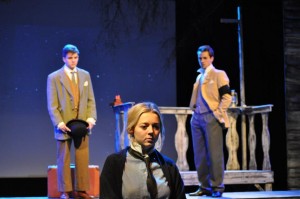 Henrik Ibsen (1828-1906) is one of those classic authors who can, quite frankly, be terrifying to modern practitioners. Widely regarded as the founder of realism in theatre, Ibsen’s plays changed forever the way the Western world makes theatre. His influence is so pervasive that much of the time we don’t even notice it. But any play which takes as its theme the corruption underlying an apparently respectable life – for example, Laura Wade’s recent Royal Court hit Posh – can be seen as owing a huge debt to Ibsen. The scandals created in Norwegian and British newspapers after the openings of plays like Ghosts (1881) presage much more recent media reaction to plays like Sarah Kane’s Blasted, or the reaction of many in religious communities to Bhezti or Jerry Springer: The Opera. A proud believer in Norwegian independence, yet living most of his adult life in Italy and Germany, Ibsen was never afraid to risk criticising his own society – a path now followed by playwrights and theatre-makers throughout the world.

Although Ibsen was and is often seen as a political writer – perhaps most notably through A Doll’s House (1879) and An Enemy of the People (1882) – he saw himself more as a poet than a politician. As can be seen in the poems printed in this programme, Ibsen was obsessed with getting underneath the surface details of life to discovering the truths concealed underneath. A contemporary of Freud, Ibsen knew that human beings love to build illusions for ourselves. Ibsen’s protagonists often hide their deepest selves under a veneer of conventionality – until something happens which breaks through the surface and forces them to confront the truths buried underneath.

This is, inevitably, a painful process, but it contains its own kind of optimism. In A Doll’s House, Nora’s acknowledgement of the falsity of her marriage forces her into a journey towards self-realisation. In Little Eyolf, the cataclysm that hits the Allmers family gives devastating force to Allfred’s idea of a ‘law of change’ in human relationships. Although Ibsen didn’t see himself as a political writer, his plays present the living argument that human beings need truth and honesty in order to survive – an idea that, today as much as in his own time, demands radical change.

Here’re some production shots by David Crisp of our production of Little Eyolf for Birmingham University Drama Department.

Here’s some photos from Harrison Phair Photography, of The Situation Room at The Lowry…

I’m directing a short play, Never Said by the very brilliant Kim Yaged, as part of Papercut Theatre‘s XY night at Theatre503. It’s a really exciting project in which playwrights write a short play without specifying gender for any of the characters…the play’s sharp, fast, funny but with a hard emotional core – I’m really looking forward to getting into it. It’s on Sunday 9th and Monday 10th December – see you there.

I’m directing Ibsen’s Little Eyolf this autumn with final-year students in Birmingham University’s drama department. One of Ibsen’s final, greatest plays, it explores a family in breakdown after the death of their child.

Click here to find out more and to book tickets.